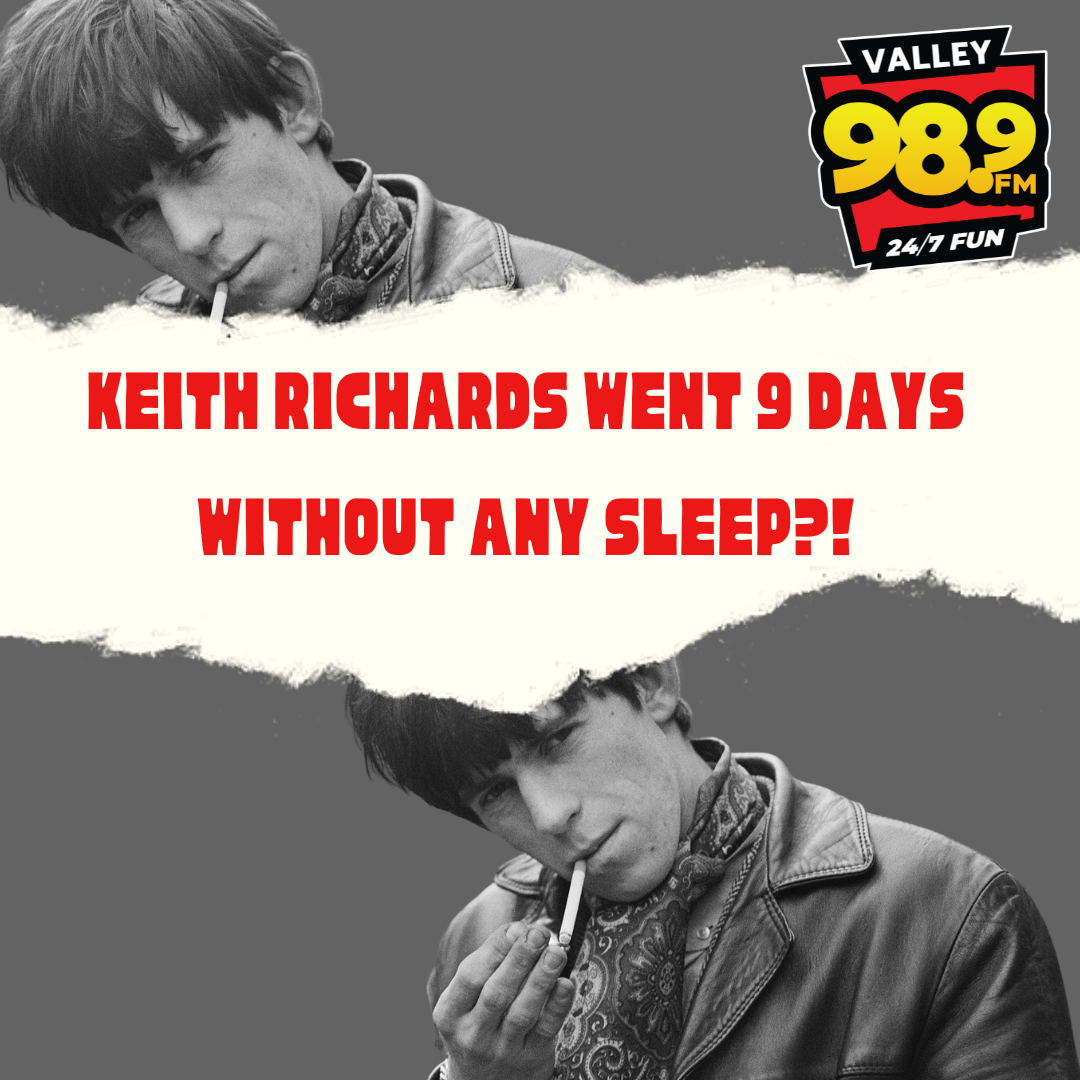 Rolling Stones guitarist Keith Richards went a total of Nine days, once without any sleep in 1978 while working on a new single!

The Rolling Stones, a world recognized band, their music is played from coast to coast, but that musical success does come with some sacrifices. Lack of sleep in this case for this Rolling Stone member, Keith Richards.

In an interview with Rolling Stone Magazine, Mick Jagger tells,  “I think we got a bit carried away with our own popularity and so on. It was a bit of a holiday period. I mean, we cared, but we didn’t care as much as we had. Not really concentrating on the creative process.” For the new record, they would have to get their head in the game.

The nine-day stretch of no sleep came while the band was working on ‘Some Girls’, which was going to be a make it or break it moment in 1978. Luckily for the Rolling Stones, ‘Some Girls’ as we know has been a hit.

Is Your Phone At Risk? ..Apple Addresses Hackers