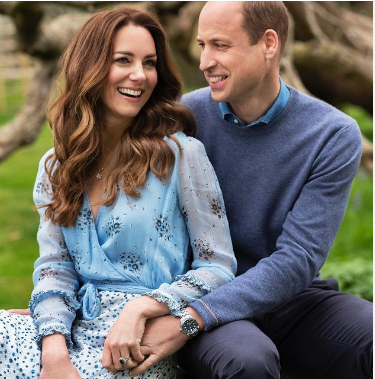 “Catherine and I are delighted to be back in the United States and are extremely grateful to Governor Baker and The First Lady of Massachusetts for their warm welcome into Boston,” That is how Prince William expressed himself on Twitter upon landing in Boston Wednesday, November 30, 2022.

The Royals will be in Boston for a three-day visit, ending with the 2022 Earthshot Prize Awards Ceremony on Friday, December 2nd. A prize ceremony that is dedicated to the global environment and aiming to repair the planet by highlighting how to celebrate and find the best solutions for our planet.

Upon the Royal’s arrival at City Hall Plaza Prince William gave this speech, “There are two reasons why Boston was the obvious choice to be the home of The Earthshot Prize in its second year. Sixty years ago, President John F. Kennedy’s ‘Moonshot’ speech laid down a challenge to American innovation and ingenuity. ‘We choose to go to the moon,’ he said, ‘not because it is easy but because it is hard.’

There is much anticipation among Americans to catch a glimpse of the Royal couple who will be in Boston until Friday, December 2, 2022. The tour began at City Hall Plaza, then followed by a Boston Celtics game where the Royals sat courtside with governor-elect Maura Healy by their side.