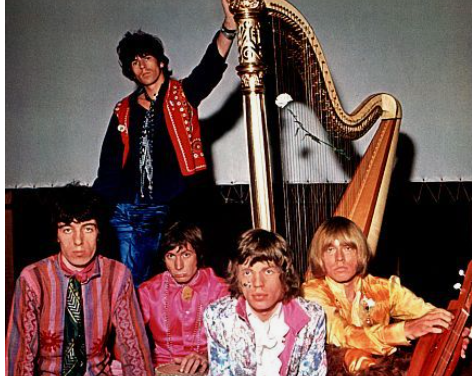 It’s no secret that Drugs, Sex and Rock n Roll tend to get the attention of law enforcement. The Rolling Stones very familiar with this concept, experienced it first hand during their US tours, it was no surprise to see riots of people, followed by police.

In July 1975 while the Rolling Stones were on tour in the states, traveling between Dallas to Memphis band member Keith Richards, and neewby, Ron Wood decided to drive instead of flying.

The duo stopped at a restaurant for a quick bite to eat, in the rural town of Fordyce, Arkansas. When pulling out of the restaurant they got the attentions of the cops by swerving. Police also  claiming they smelled marijuana from the car led to Richards and Wood to be detained and taken into custody.

Luckily no time was spent behind bars. Police didn’t find any marijuana but did find less than 2 grams of cocaine and a hunting knife. While an audience outside the station, once the word spread, the duo were released before midnight boarded a plane to their next city of Memphis Tennessee. At the end Richards posted $162.50 and was scheduled to appear in court August 1 but forfeited bond.

Stay Tuned For Your Chance To Win Big!

Betting on Sports May Now Be Legal!