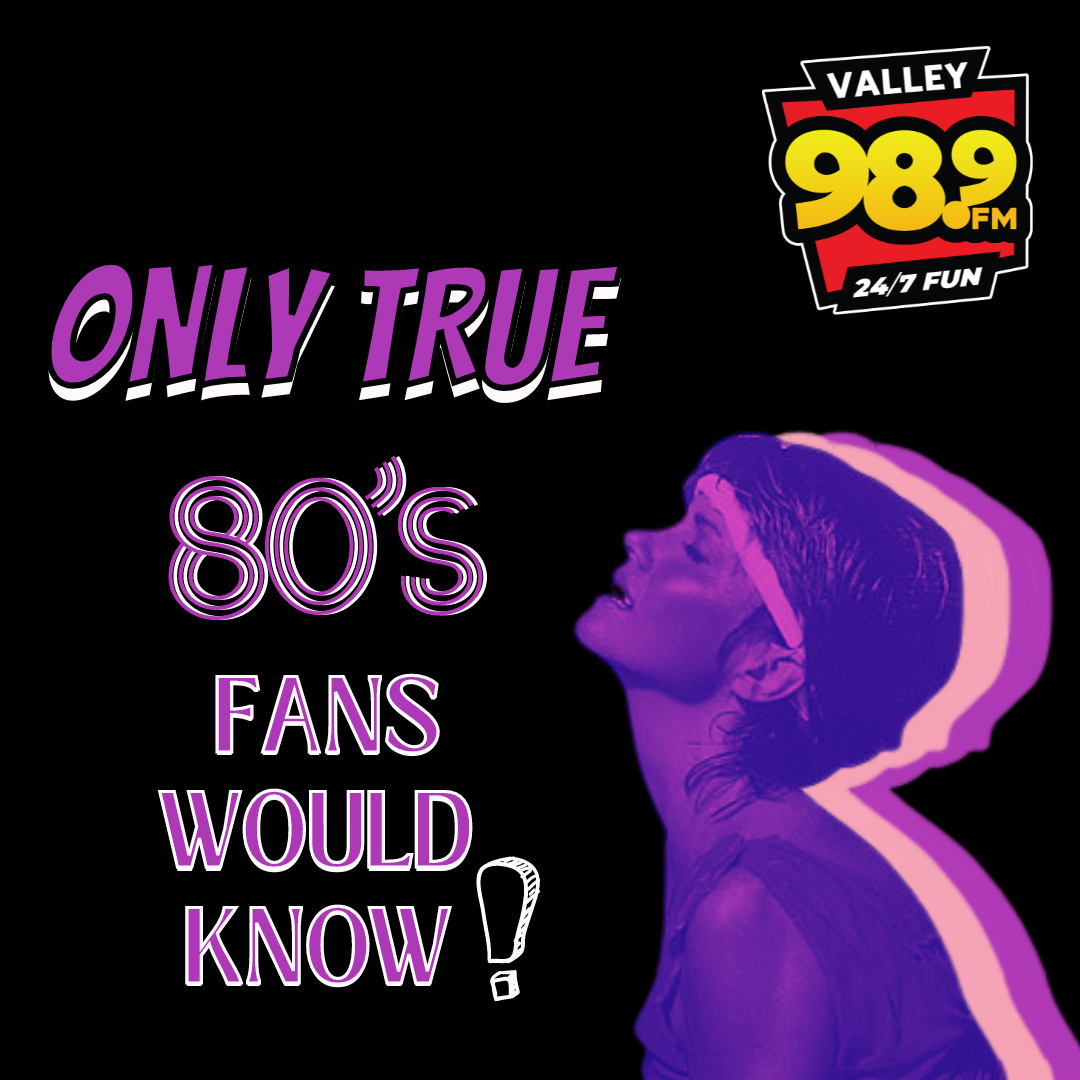 Only True 80s Fans Would Know!

80’s the decade of gnarly hair dos, cult classic movies, and radical rock bands. Here at Valley 989 we decided to highlight a few of those highlights while including some trivia.

Down below are four pop culture clues, only true 80s fans can pinpoint which year ALL these events took place!

Tell us in the comments!!

Bet you didn’t know this about MJ’s Beat It!